The Parapet contains a variety of different wall sections and corner pieces to create an impressive defense for your next tabletop wargame or RPG. It also includes statues that fit in the alcoves or serve as scatter terrain. They align with the Wyrmway gate to form an imposing boundary.

Sure enough, not so long after the great gate of the Wyrmway was completed, long trenches snaked out ither side, encompassing the cities industrial structures. Ever more masoned stone and forged metal girders arrived from the mountains and the foundations laid in the trenches rose quickly into ornate walls and parapets. The once open cityscape became a compound of Archanical engineering and the new walls bustled with Halfling troopers on patrol.
Several decades had passed since the capture of the Great Wyrm and the Halfing folk had certainly flourished in the safety and rich trade its captivity had yielded, yet there were those among the Halflings who recalled the simpler times with fondness, and praise for the Warlock as their great benefactor ever grew into discontented mutterings of an unwished-for overlord. Yet what could these simple gardeners do against the might of the warlock, his great walls, and their Halfling kin who happily manned them?

Two versions of the Parapet are included in the download: 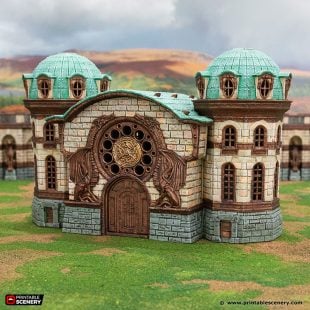 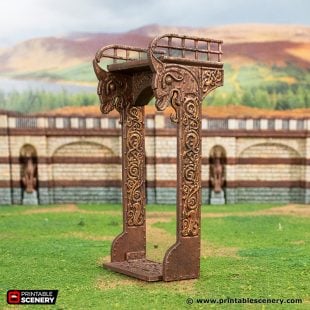 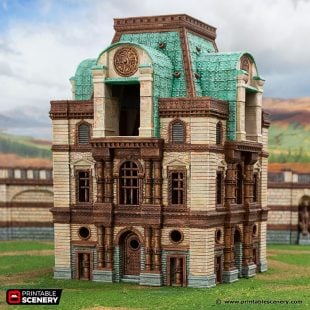